Yelpers Vs. HollyWood Save for later Reblogpost 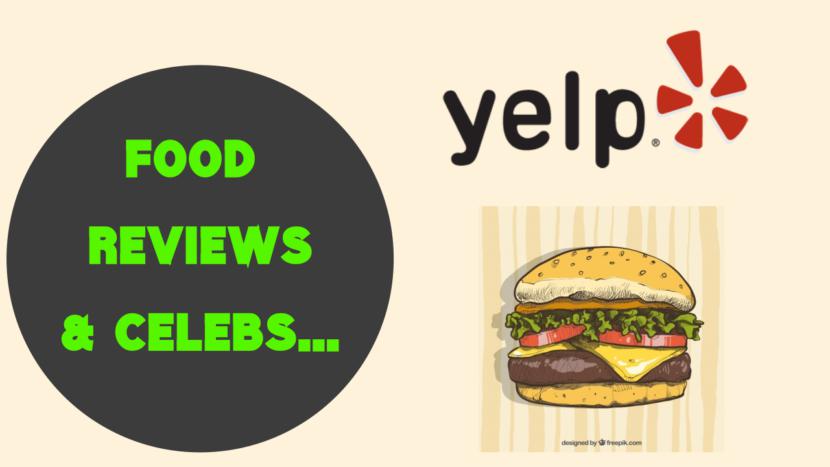 Yelp is a website where normal people like you and me, write reviews for businesses. Los Angeles is a city where narcissists gather to shit on the little people.

Story time – You go to a restraunt and get terrible service, absolutely terrible. The food is garbage, the waiter is garbage, the entire experience is just GARBAGE. I mean even the manager is a jerk – and its impossible to get a refund! What do you do? Somehow track down the person above the manager? Rant on social media? File a complaint with the Better Business Bureau? Or – the easiest route – write a negative review on Yelp or Google Maps. Why write a review?

Not only because you had a bad experience you want to convey – But also as your way to help other people, avoid wasting their money. In other words, these review sites are a place for the little guy to shine – For the customer to be heard and make a difference!
…

Naturally, rich people don’t understand that, and they just LOVE to attack reviewers on these sites. So what do the LA elite do? They use their platform to attack others behind a Television Script. Sound Familiar? Its a concept I’ve covered in the past in my review of Ben Shapiro’s Book – Primetime Propaganda. In layman’s terms – Hollywood has been indoctrinating the mass since the 50s, and continues to do so in the modern era.

I have two shows in mind, two episodes that best exemplify the narcissistic nature of the Hollywood Elites. Now both of these episodes I’m talking about, released the same year, 2015. I’m talking South Park & Family Guy – lets take a look.

Brian has a brain tumor that is making him act like an absolute moron; To the point that Peter & Brian are running around spending time together. How dumb is he? He drinks beer & watches Monster Trucks, He drinks gasoline like water, and he says – “I’m sitting on my foot to hold in a dump”. There’s an entire montage of Brian running around doing dumb nonsense! Because he has a brain tumor, he’s literally retarded.

Then, 17 minutes into the episode, Brian and Stewie are used as speakers for the hollywood writers behind the scenes. Idiot Brian says: “Give me free food or I’ll tell people there was a pube in my salad” – followed by Stewie saying – “I forgot Yelp was a weapon for dumb people, you taught me something today Brian”.

“I forgot Yelp was a weapon for dumb people”. So according to all the writers at family guy, people who use Yelp are dumb people. They drink gasoline and down gallons beer; in fact if you use Yelp, you’re so retarded you probably have a brain tumor! You’re literally mentally impaired if you write food reviews. Glad to hear our Hollywood overlords think so much of us.

A bunch of townspeople are using Yelp and being totally obnoxious. First you have Cartman as a Yelper, Cartman who is a LITERAL NAZI in another episode – is also the type of person to use Yelp. So right off the bat they’re trying to attack Yelpers as self important jerks – what’s next? Gerald thinks he’s more sophisticated because he writes food reviews & The Policeman thinks he’s a damn hero for writing food reviews. And if you dare oppose the Yelpers – they’ll strip you of your clothes and behead you. The people at South Park actually go as far as to animate this, and show Yelpers as an angry mob of crazy people!

Now I’ll be the first one to admit that south park episode is funny – But like everything that comes out of Hollywood, its completely disconnected from reality. If you’re a writer for Family Guy I’m sure you can afford to go to restraunts every meal for the rest of your life – You’ve got millions in the bank and food reviews seem beneath you.

But for average people that go out maybe once or twice a month – A bad dining experience where you DONT get your money back is a huge deal. Average people spend their money and end up screwed over by the restraunt – Yet if you try to talk about it, celebrities bash you day and night. Ryan Gosling, Robert De Niro, Jessica Biel, and hundreds more; Countless hollywood millionaires own restraunts, so it makes sense that they’re trying to silence critics. Heck, if the writers for family guy own equity in some LA restraunts, it wouldn’t surprise me one bit. Worse still is – in the case of family guy, they didn’t even cover the bashing with a joke!

“I forgot Yelp was a weapon for dumb people” – Is that a joke? Watch that entire episode – where are the jokes? It all comes off as millionaires shitting on average people trying to buy a good meal. Its Yelpers versus The Aristocrats – and if you only learn one thing from this article, let it be this: Just ignore what the Hollywood millionaires are saying. They’re so out of touch – they’d say you must be brain dead for writing a food review. Just ignore them. Screw Hollywood. If you want to write food reviews – more power to you! Don’t let anyone stop you. Guys, see you later!

SPECIAL!
DEMOCRATIZING NEWS!
“Paul is Quitting the Beatles”
Register
Log In
Be part of something bigger! Linkyou is the News Platform Edited and Curated by people like You. We are policially unaligned, so, you will definitely have your say on our sites. Linkyou allows you complete anonymity by not recording any and all IP addresses. Frankly, you don't even need an email address to sign up.
Entertainment, Featured, Food& Drink, Foods, Lifestyle, Other, Society& Culture
#Blog#Elitism#Food Reviews#HollyWood#Hollywood Elitism#OP ED#WarmPotato#Yelp#Yelp Reviews#Yelpers#Yelpers Vs Hollywood
Blog, Elitism, Food Reviews, HollyWood, Hollywood Elitism, OP ED, WarmPotato, Yelp, Yelp Reviews, Yelpers, Yelpers Vs Hollywood
About the Author
WarmPotato

There are no comments yet on 'Yelpers Vs. HollyWood'

× You need to log in to enter the discussion.
Latest Posts
Germany: Massive Birthrate Drop In 2022
Salvini Warns of Coming Brown Tidal Wave & New Pandemic Hoax I...
We Need To Talk About The Slavs
Germany: Guy Gets Jabbed 87 Times…Or Did He?
Will Smith Is Only A Bit More Cucked Than The “Dissident̶...
The Real Reason There Is War In Ukraine
“Nationalists” Have Learned Nothing In 75 Years
Advertisement
Advertisement
Latest Reviews
Try a different filter
Advertisement
Recommended& Related Posts
BlogHollyWoodOther

The Power of Memes