We Need To Talk About The Slavs Save for later Reblogpost 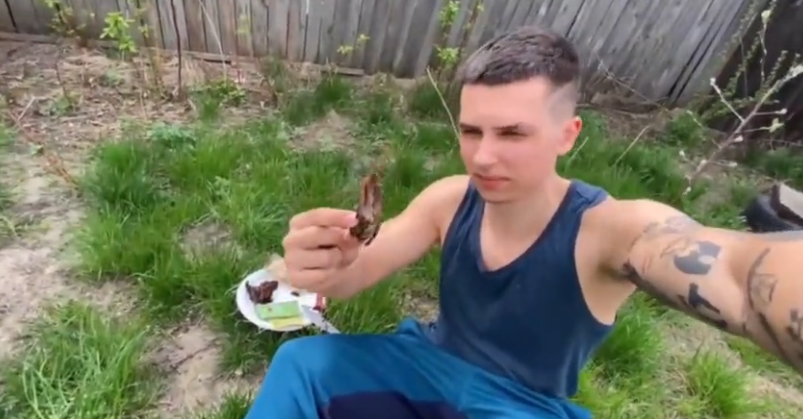 Recently, a video came out of Ukraine of a Ukrainian blogger scavenging a blown-up Russian tank. Inside he finds what appears to be a human bone of a Russian soldier with some flesh still on it.

He then takes it home, cooks it up and eats it. Bragging.

Perhaps the video is fake, perhaps it is not but I don’t think it matters and I am inclined to believe it is real based on what I’ve seen on Telegram coming out of Ukraine: These Ukrainians are constantly cheering on dead Russians, I saw one post a video of how happy he was of this Russian’s face that got blown off by a Ukrainian sniper (one of the goriest things I’ve ever seen), posing with and desecrating corpses, etc.

We have to ask at a certain point if this American White Nationalist Civic Nationalism of “We’re all white here” and that the differences between a Pole and a German are trivial and “socially-constructed” is really the case or if perhaps the validity of that claim needs to be re-evaluated.

Because you just don’t ever really see Western Europeans doing this kind of thing. Historically, even. In fact, some of the killings and such going on in Britain were committed by Slavic immigrants.

As I’ve explained before, the concept of “Nationalism” in North America vs Europe are really quite different and frankly, the American variety stems pretty much purely from ignorance and lack of cohesive ethnic identity.

The American concept is essentially just “European Globalism”. Essentially, they are fine with ethnic-cleansing of Europeans, provided its by other Europeans.

I’m not okay with that, and I don’t think most Europeans are. When we talk about “White Nationalism” in Europe, what we really mean is that we acknowledge the genocide happening across all of our countries and want to work together to stop it. What Americans mean is “Euromutt-soup country”. They often talk about “The Ethnostate”.

The reality is though, although Slavs look a lot closer to Germanic people than “meds” do, they exhibit a wide range of negative traits that has earned them the name “White Niggers” historically. I hate to say it, but Marx wasn’t wholly wrong in his assessment of them.

I don’t think Hitler was wrong to view them lower on the ladder, either — although AmNats of course find every excuse to say that Hitler actually loved Slavs, or that he totally-loved all Whites. Sometimes, they take this to the extreme and say that “Actually, Hitler loved all races and merely wanted them to live apart”.

I don’t think Hitler loved all races, he was quite clear in Mein Kampf that he hated jews, and I personally do believe that although he didn’t have necessarily true hostility towards them, I don’t believe he saw Slavic and Mediterranean people as equal to Germans. I also obviously don’t believe that Hitler planned to genocide the jews despite his hatred for them, but we can definitely say that was a weakness. Especially in hindsight.

Despite all that happened to Germany in the Second World War, we rebuilt and were again a thriving nation (if still a worse-off nation) quickly.

The USSR fell 30 years ago, but much of Eastern Europe remains a shithole. In fact, most of the World-Known Landmarks in Eastern Europe were actually built by Teutonic people, who also ruled over these countries into the 20th Century. Half of Poland is the real “East Germany”

The thanks we get from these people is endless whining, attempts to undermine us demographically and economically, and they move here to get gibs just like blacks do. They pay the least into the EU while we pay the most, and they are happy to facilitate Africans and Asians moving to Germany and France and justify it all with “Nazis”. Especially when they don’t get their way on something, politically.

I remember when I was a kid in like the mid 00s or so and all these Polish started having a real noticeable prescience, how they whined that we don’t speak Polish. As if I could, or should even have to learn this shit:

So you’ll have to forgive me if I don’t want to be flooded with (real) Ukrainians either, because much like Africans — they aren’t Germans and also, they eat people.

SPECIAL!
DEMOCRATIZING NEWS!
“Paul is Quitting the Beatles”
Register
Log In
Be part of something bigger! Linkyou is the News Platform Edited and Curated by people like You. We are policially unaligned, so, you will definitely have your say on our sites. Linkyou allows you complete anonymity by not recording any and all IP addresses. Frankly, you don't even need an email address to sign up.
Europe, Politics& Government
#White Nationalism
White Nationalism
About the Author
Holyphonic

One comment on 'We Need To Talk About The Slavs'

× You need to log in to enter the discussion.
Latest Posts
We Need To Talk About The Slavs
Germany: Guy Gets Jabbed 87 Times…Or Did He?
Will Smith Is Only A Bit More Cucked Than The “Dissident̶...
The Real Reason There Is War In Ukraine
“Nationalists” Have Learned Nothing In 75 Years
Österreich: Revolution ist die einzige Lösung
The Dark Winter Is Almost Here
Advertisement
Advertisement
Latest Reviews
Try a different filter
Advertisement
Recommended& Related Posts
White NationalismEuropePolitics& Government 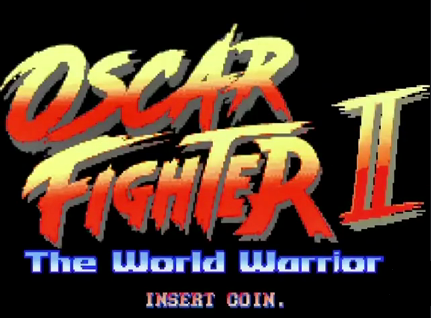 Let me preface by saying:I don’t watch (((Hollywood))) movies for years and I don’t care about black on black crime. So you might wonder why I’d bother talking about American niggers having a smack and yell fight at the Oscars, a show nobody watches, but you can’t go anywhere without seeing this story now. However, as is so often true with these kinds of things, it’s not the people involved or the event itself that matters, it’s the resp...
3 minute read

Aside from the obvious reality that Vladimir Putin seeks to expand his Duginist, Neo-Soviet Empire back into “nazified” former USSR territories, a move which for some reason, retarded “White Nationalists” in the West are supportive of, the actual reason for the war in Ukraine has gone largely undiscussed in both “dissident” and mainstream media. But let’s make one thing really clear right away: Anyone who thinks Putin is a hero to ...
3 minute read