The Black Armies Are Mobilizing Save for later Reblogpost 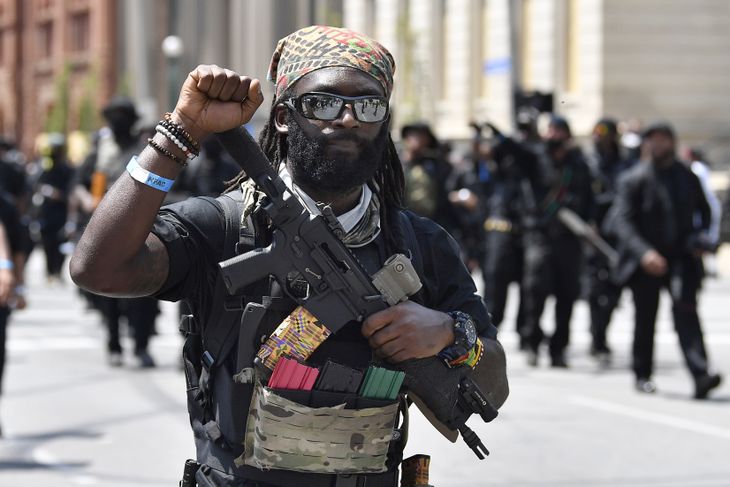 In Brixton, paramilitary blacks marched through the streets and held up signs, as we’ve seen before, saying that white people are “lucky” they “just want reparations and not revenge”.

Revenge for having superior ancestors, of course. The implication is they should be genociding us, but have decided to hold back. This is what “holding back” looks like, by the way.

England isn’t the only (formerly) white country where this is happening. Armed blacks took to the streets in America’s Louisville and are also basically extorting businesses.

I’m just going to put this as simply as I can for any first time readers or something who don’t get it yet:

These people are here to kill you. That is always what their purpose has been.

That is what is going to happen to you if you continue to not be “racist”. They do not care if you are “one of the good ones”. Here’s the thing about “the good ones”. Let’s think about this from their perspective for a second:

My grandparents, on my mom’s side, were “one of the good ones”. Staunch anti-racist boomers. But I am redpilled. I am more than my parents were. I am more racially-conscious. I have the in-group preference for my own that is bad for these blacks and Jews who want to take everything we have for themselves. So what does that mean? My kids will be even MORE racially conscious and uncooperative.

The ONLY solution they have to stop this problem of theirs, is to simply kill us all. Otherwise, they will keep running into uprisings every few generations. Further, showing mercy to “the good ones” is a sign of weakness. Outright HELPING the good ones will make them traitors to their own people and outcasts; not worth it for them.

All of nature is a struggle among groups of animals to have finite territory and resources. Every ethnic group alive today only exists because their ancestors were good at war, with one exception; unless they were conquered by white people. We are the only people who showed mercy to those we conquered and outright wound up looking after them, and it is now self-evident that this was a mistake. It is basic game theory that if side A is not willing to use force and side B is, then B will always win.

The point of tricking you into believing that humanity is all one big family, was so that foreign groups could steal your territory and resources without a fight.

We are now in a position where we are extremely atomized and our men severely weakened. The hot race war appears to be now on our doorsteps in America and England. We are not organized and people refuse to because of fear of feds as I mentioned in my last article.

The blacks are mobilizing their forces with impunity, and hispanic and arab people are gradually doing the same.

All I can say at this point is that I really hope that our men decide to “git gud” at war again; the real kind and not the one on their TV screen…

SPECIAL!
DEMOCRATIZING NEWS!
“Nixon Resigns”
Register
Log In
Be part of something bigger! Linkyou is the News Platform Edited and Curated by people like You. We are policially unaligned, so, you will definitely have your say on our sites. Linkyou allows you complete anonymity by not recording any and all IP addresses. Frankly, you don't even need an email address to sign up.
Europe, Politics& Government, US& Canada
#White Nationalism
White Nationalism
About the Author
Holyphonic

2 comments on 'The Black Armies Are Mobilizing' 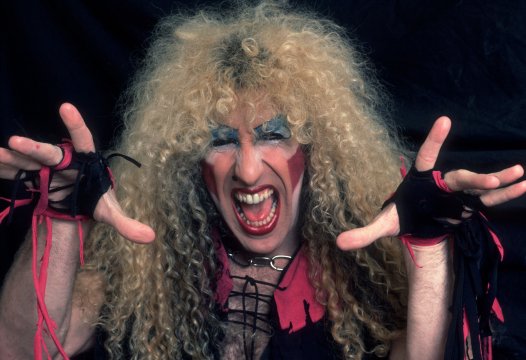 It has been strange to me that, for whatever reason, heavy metal music is popular among a large number of white nationalists. I have read blogs and articles championing heavy metal as some sort of “pro-western” music or some, if you will “a kind of last stand of implicit white identity”. Maybe I didn’t say before, but I’m actually a big music geek. I listen to it all the time and play a number of different instruments. Some of my friends...
7 minute read 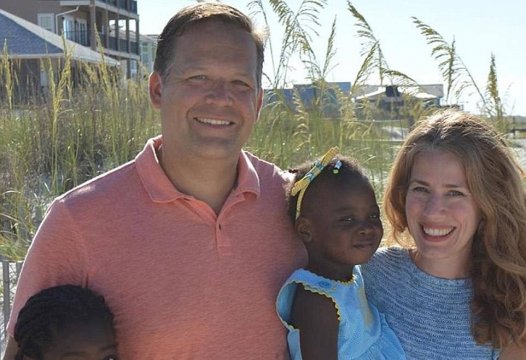 So that ancient Jewish woman who was America’s supreme court Justice finally is dead. This woman literally is the most goblin-looking Jew I’ve ever seen. She is actually frightening to look at. Jews must want to kill us just because we are better looking. I don’t really know much about her, and I don’t really care, but I do know that in the 80s, she struck down a German’s case for reparations from the American internment camps because he was w...
3 minute read 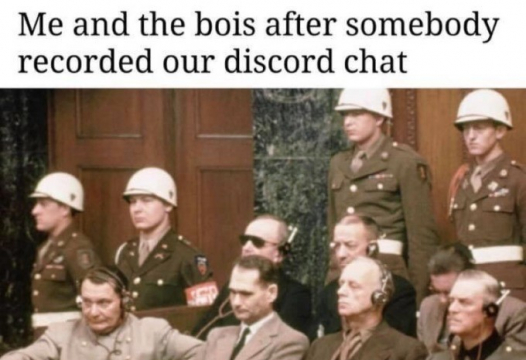 This summer, you may have recalled that I posted about how some special forces were disbanded over making fun of Jews. Now, 29 policemen are suspended and under investigation because they shared some Hitler memes and other “right-wing extremist” stuff on WhatsApp or something. Probably this memeAs Reuters reports:“Twenty-nine police officers have been suspended in Germany for sharing pictures of Adolf Hitler and doctored depictions of refugees in gas cham...
2 minute read 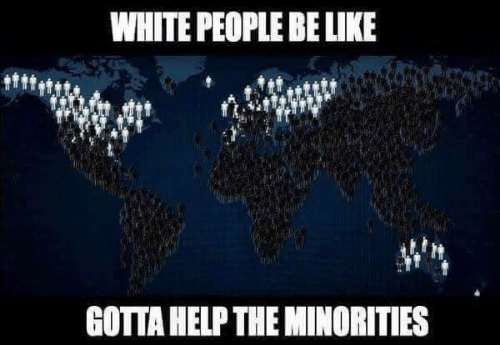 I’d like to remind you that we are living in the last generation of a white majority. Presently, that majority in our nations entails a global total of just under 800 million people. But the “Institute For Economics And Peace” is warning Europe that we should brace to take even more endless waves of black and brown third worlders because the weather in Africa is kind of hot and the place is messier than Jordan Peterson’s room he’s always going...
4 minute read 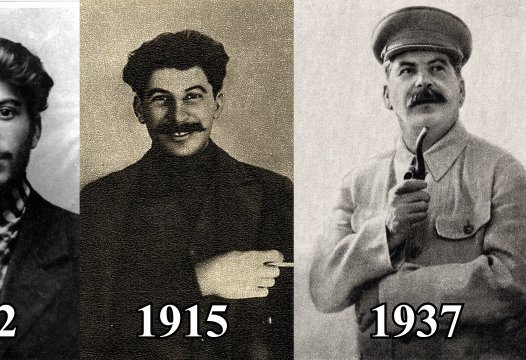 He was 36 years old when he began a sexual relationship with 13 year old Lidia Pereprygina. He impregnated her and the baby died. When she fell pregnant again, he ran away and left her to raise the child alone. Lidia was not the only victim. According to various testimonies from the book Young Stalin by Simon Sebag Montefiore, Stalin had a pattern of pursuing underage girls. Lidia Pereprygina had barely entered puberty when Stalin raped her. Its quite understandable why so...
1 minute read 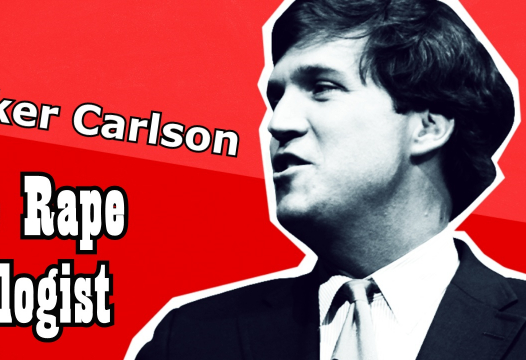 In 2006 & 2009 he spoke about 13 year old boys having sex with their teachers and 14 year old girls having lesbian lovers. In 2014 he went on Fox News to continue advocating for sex with minors. In 2017 he had an interview with Gavin McInnes where he repeated himself, this time talking of 15 year olds. And of course, this is only a cursory glance at his statements. It is very likely that more interviews and statements will appear in the future related to this topic. Tu...
1 minute read

Harvey Milk was a San Francisco politician in the 1970s well known for activism in the LGBT movement. We’ve named a Navy ship after him, made him a postage stamp, and Obama even gave Harvey Milk the presidential medal of freedom! Why? Because the LGBT movement is attempting to whitewash history. Harvey Milk was an LGBT icon, who had a love of young boys. I encourage you to read the book “Mayor of Castro Street” for more information. Randy Shilts explains ...
1 minute read 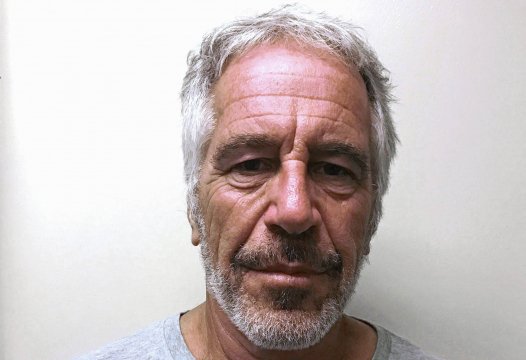 Sex Trafficking has been taking a beatdown ever since Trump took office. Arrests are skyrocketing, sites are getting shut down, and the America is becoming a better place. Watch this video to see how the Trump Administration has fought sex trafficking and pedophilia in his first term in office. If you liked this video, I encourage you to look up a youtube series entitled Systemic Pedophilia by Dauntless Dialogue. The list of cases in this video came from an article entitle...
1 minute read