The “Ancient Aliens” PsyOp Save for later Reblogpost 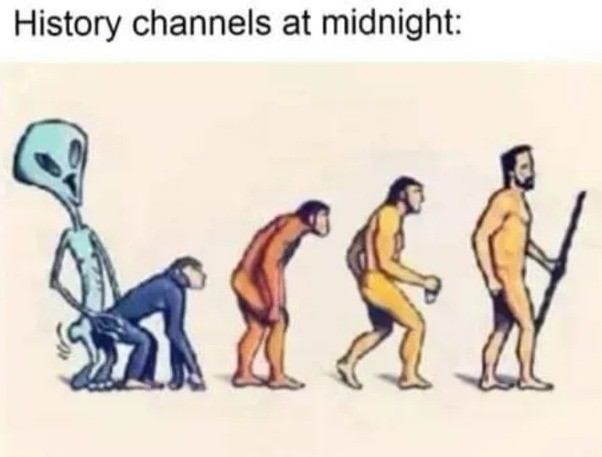 There is this TV show made by the American “History” channel — really just the Anti-Hitler channel — that became so popular it spawned infinity series and became a worldwide meme.

This show has attributed everything down to the Blarney Stone as being the work of Aliens that visited the Earth eons ago. If you substitute “Aliens” with “Angels” you see that the story still works perfectly and appears to be just religious babble for “science” people. Science being the religion of the godless.

However, the reason for the show being promoted so heavily 10 years on — and by the Anti-Hitler channel lest we forget — has nothing to do with Aliens. It has to do with rise of populist and nationalist movements in Europe and America, which coincide with the show’s release and promotion.

That might sound like Ancient-Aliens tier conspiritard nonsense at first, but trust me this is all really simple and you’ll probably just smack your forehead once you put it together.

For years, I thought these people were just typical Science-worshipping crackpots who can’t accept that maybe people in the past weren’t totally stupid after all. Surely, that is likely the case for most of the true believers, but once you understand that Science is fake and gay and there are Jewish technocrats flooding our countries with low-IQ foreigners, you come to the realize that “Ancient Aliens” propaganda is meant to dissuade you from recognizing the contemporary implications of these impressive, ancient structures that defy modern understanding.

Across the world, there are these amazing rock structures that boggle us as to how the hell ancient people could’ve moved such massive things and constructed them. In South America, there’s a rock structure so perfect, the Spanish conquistadors remarked about how you couldn’t squeeze a pin between the connections. Some of these stone structures are so perfectly cut, it’s as if it was done with a laser.

Weirder still, you see that a lot of these structures, often on different continents, have been built with very deliberate astronomical positioning and appear to be copies of each other, despite the civilizations who (allegedly) built them having no contact with each other at the time.

Well, here’s the thing about that: Remember how I said we have no way of knowing what happened billions of years ago when we barely know what happened 70 years ago? The thing is, for all we know, many of these rock formations could be even older than they think they are.

The implication of these structures is not that Aliens built them: It is that at one point, long ago, there were advanced — at least more advanced than western Europe was at the time, several centuries BC — human civilizations on this Earth that had a global influence. However, who these people were, their history, their language, their culture, and likely their genetics as well and quite obviously: Their advanced knowledge of craftsmanship and architecture has been entirely erased and all that stands in their place is a bunch of low IQ savages who can scarcely build a shanty. Yet, you’re supposed to believe these people built megalithic, physics defying structures just a few thousand years ago.

The implication of that is that these high civilizations were destroyed or forced out by an influx of inferior people, like in Haiti or South Africa. Which would obviously get any remotely self-aware White person start worrying and asking questions about the influx of low-IQ savages who can scarcely build a shanty flooding into our countries today. In our countries, where they are erasing our history and saying “brown people did it”.

It is also potentially the case that these people used to have more intelligent people among their ethnicities, but due to being outnumbered by grugs, all the smartest people got killed off and only the retards were left to breed. Such has been theorized as the case for why blacks never made it past the Iron Age — blacks are very envious people by nature, so they may have just killed off the best of their people, long ago.

Ancient Aliens serves to dissuade you from reaching this (terrifying) conclusion by doing a bait and switch that gives you an absurd, “science-based” explanation for where these advanced civilizations went and so you’ll just have conversations about Aliens building pyramids if you don’t just dismiss the conversation outright rather than the real conversation about “What happened that North Africans can’t build these pyramids anymore?”.

Thousands of years ago, the Romans and Greeks were building lifelike statues whilst brown people elsewhere are still living in mudhuts and shanties, thousands of years later. This is why believers in “the Crystal Skull” continue to believe it despite it being proven a manufactured fake — it’s supposed to be like “See! They’re not savages they were capable of this diamond-cut, machine-polished skull!” Equality and all that.

The fact that a lot of knowledge was lost in Western Europe after the fall of the Western Roman empire and was not relearned until nearly 1000 years later, when the Crusaders traveled through Eastern Rome and brought back with them knowledge of fortifications and economics that still survived in the East is proof enough that Civilizations can go in cycles of technological and cultural heights.

Ancient Aliens helps to reinforce this crazy idea that we are presently a higher civilization than in our past and it can only go “forward” from here and not the fact that it’s entirely possible (and has happened) for civilization to completely collapse and seemingly never rebound if the right ethnic groups are present.

It suggests that what we’re living in right now, is not nearly as good as what once was. It suggests that there is valuable knowledge from the past which we have lost on account of lesser, human races.

I don’t think that’s something the Anti-Hitler channel wants us thinking about.

SPECIAL!
DEMOCRATIZING NEWS!
“Paul is Quitting the Beatles”
Register
Log In
Be part of something bigger! Linkyou is the News Platform Edited and Curated by people like You. We are policially unaligned, so, you will definitely have your say on our sites. Linkyou allows you complete anonymity by not recording any and all IP addresses. Frankly, you don't even need an email address to sign up.
Achitecture, Documentaries, Europe, History, Politics& Government, Society& Culture, US& Canada
#White Nationalism
White Nationalism
About the Author
Holyphonic

The “Spirit of An Open Europe” Is Back!

From Würzburg To Athens: Diversity Has Destroyed Cities 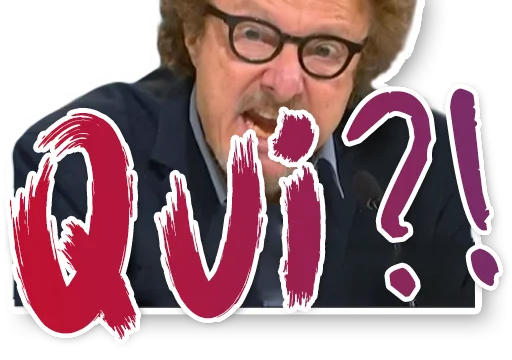 So much has happened these past few weeks. The explosions, the floods, the stabbings, the protests…I won’t get around to talking about it all. I’ll focus in this blog instead on what is the most pertinent issue right now. That is, the vaxx regime, as you may have noticed, is starting to come down with full force. Likely, it will be in full force where you live in the winter or autumn. A lot of countries have, for the summer anyway, lifted the restrictions...
3 minute read 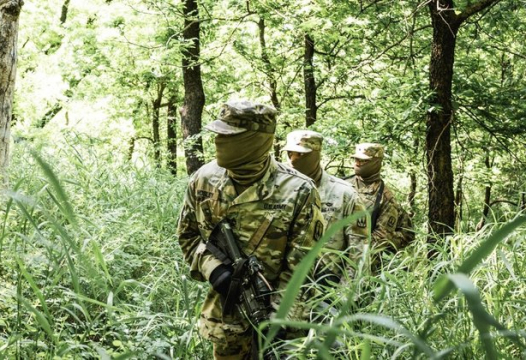 Life as it was in even 2019 is not coming back. Probably not within our lifetimes and certainly not without a serious fight. They have failed to get the majority of the population to comply with the vaxx willingly, so they are moving into more hard power measures. In the UK, they are going to do what I always said they’d do: Punish any business that refuses to uphold the vaxx pass requirements. They are doing this because the young are smarter than the boomers and ar...
4 minute read 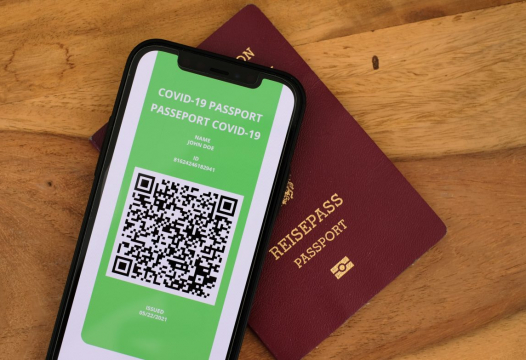 The “Spirit of An Open Europe” Is Back!

You can travel again, goyim! Europe is “open” and “free movement” is back! We are bringing back the spirit of an open Europe. As of today, EU citizens can get their #EUCOVIDcertificate issued and verified across the Union. Check Re-open EU for the latest travel measures: European Commission 🇪🇺 (@EU_Commission) July 1, 2021You’ll just have to submit to getting an injection that has killed or maimed literally tens of thousands and results in an ...
3 minute read 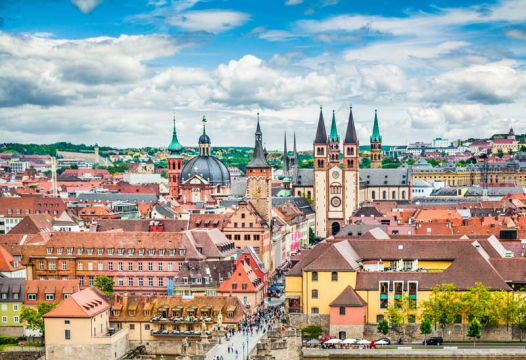 From Würzburg To Athens: Diversity Has Destroyed Cities

I like Würzburg. It is a very nice place. Or at least, it used to be, but now Würzburg has Somalis living in it. For some reason. Every now and then, because of White supremacy probably, these vibrant Somalis who are actually all just brilliant surgeons, poets and scientists (something Germany was never famous for having a lot of prior to their arrival) going on a woman-stabbing spree. Passanten stellen sich einem geistig Verwirrten in #Wuerzburg#amoklauf #würzburg pic. tw...
2 minute read