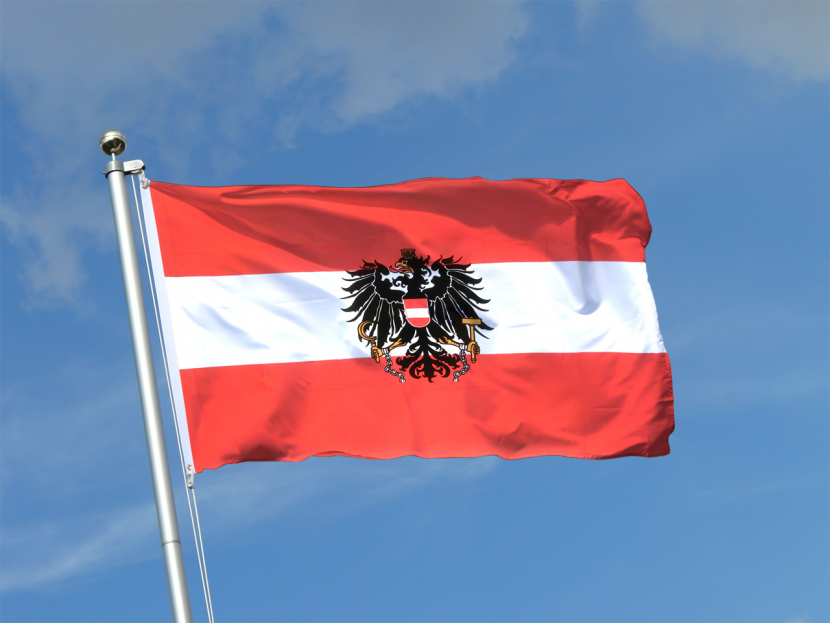 This is defacto going to be my final blog and Dissenter/Gab post.

If I do ever post again, it will be an update to this article.

I was originally going to just write this in German and address is only to my German-speaking readers, but given that most readers mostly speak just English, all my blogs up to this point have been in English and the truth is: What’s happening Austria is coming everywhere. If you are an American or Canadian or whatever else and think this isn’t coming for you — go and take the vaxx right now, because you are simply too cowardly to resist long-term anyway.

Austria has gone ahead to completely put healthy people who have refused to submit all autonomy to Jews under indefinite house arrest except for very basic, slave behaviors.

YES, they CAN enforce it.

YES, they WILL enforce it and they ARE.

NO, it will NEVER end, despite what they tell you about “two weeks”. Remember two weeks to flatten the curve?

You must understand, there is little difference between this and a camp. Camps are the next logical step.

There should logically be a military coup right now. If there is not, then the situation is worst-case-scenario.

There is a 95% chance it is worst-case-scenario.

If this continues, you and your children and grandchildren (should they even exist at all) will never again be able to engage in basic lifestyle activities and opportunity that literally every other person on Earth before them was able to without surrendering all bodily autonomy, worse than cattle, to a bunch of sickening jews.

If you do not live in an all-White village or whatever that is outright refusing to comply and you cannot get to one at this point, then this is the thing you need to understand:

Only a revolution will save you now.

I don’t want to hear any bitching about “fedposting”. If you are still concerned about going to jail over saying what needs to be done as this is happening — just go and get the jab right now. You are not a serious person and you are dead weight.

You are already completely locked down. They already have your name and are coming for you simply for refusing the vaxx.

The only thing, so far as I am aware, that people have done, is stand around and have another meaningless protest.

They don’t give a shit that you protest. They do not fear for their lives because you stand outside chanting slogans and waving signs. They laugh at this.

If the people are not willing to not only meet, but exceed that force, then they will lose. It is no more complicated than this.

It is always going to come down to this in the long run, but if you still haven’t clued in somehow, you need to seriously process what I am saying to you right now: If you live in Austria, are unvaxxed, and are in some place that is compliant with the federal government, the ONLY WAY out of this, is with violent revolution.

These people are tying to kill you. When it comes down to that, killing them back is the only solution to the problem.

What you need to do, is get in touch with all your friends and family RIGHT NOW and get together, in person, and make your plans about how you are going to hit these people back and defend yourselves and survive. It is time to make the real grown-up decisions, because you are going to lose EVERYTHING.

This is the culmination of everything I have been saying for the last two years.

If you haven’t put down the video games and weed by now and are still mentally a child and arguing me on this point AS YOU ARE BEING PUT UNDER HOUSE ARREST, you are dead. It is over for you. There is no hope for you to survive because you are too immature and attached to consumer products to be of any use to your people.

If you are one of the brain-dead MGTOWs who has commented on my blogs over the years: Keep bitching about women and blaming us. I don’t care anymore because you are also dead. You are a disgraceful coward, a loser who has achieved nothing, and now never will if you don’t get off your lazy, entitled ass RIGHT NOW, take some personal responsibility for once in your life, find your balls and actually do something.

That is all I can say. Immigrants don’t matter right now. Jews don’t matter right now. Gays, transgenders, “muh Christendom” and your problems with women don’t matter now — you are being totally stripped of basic freedom and mobility, whilst hordes of shitskins are shipped in to replace you; standing on the Polish border until they inevitably get relocated to Austria, Germany and France. A rabbit in a cage is better off than you are now.

This is an existential crisis and you need to treat it as such.

You need to FIGHT back.

If you choose to do nothing. The hell that is awaiting you is unlike anything we’ve ever seen. This is far more draconian than the Soviet Union could’ve hoped to be.

But Austria: You MUST remove these people from power or at least yourselves from their power for now. There HAS to be an uprising at this point or there is no future.

SPECIAL!
DEMOCRATIZING NEWS!
“Marilyn Dead”
Register
Log In
Be part of something bigger! Linkyou is the News Platform Edited and Curated by people like You. We are policially unaligned, so, you will definitely have your say on our sites. Linkyou allows you complete anonymity by not recording any and all IP addresses. Frankly, you don't even need an email address to sign up.
Europe, Politics& Government
#covid-19#White Nationalism
covid-19, White Nationalism
About the Author
Holyphonic

× You need to log in to enter the discussion.
Latest Posts
No More No-Go Zones: The Policy & Narrative On Migrants Is Cha...
Germany: Massive Birthrate Drop In 2022
Salvini Warns of Coming Brown Tidal Wave & New Pandemic Hoax I...
We Need To Talk About The Slavs
Germany: Guy Gets Jabbed 87 Times…Or Did He?
Will Smith Is Only A Bit More Cucked Than The “Dissident̶...
The Real Reason There Is War In Ukraine
Advertisement
Advertisement
Latest Reviews
Try a different filter
Advertisement
Recommended& Related Posts
covid-19White NationalismEurope