Is Hellas Where SHTF? Save for later Reblogpost 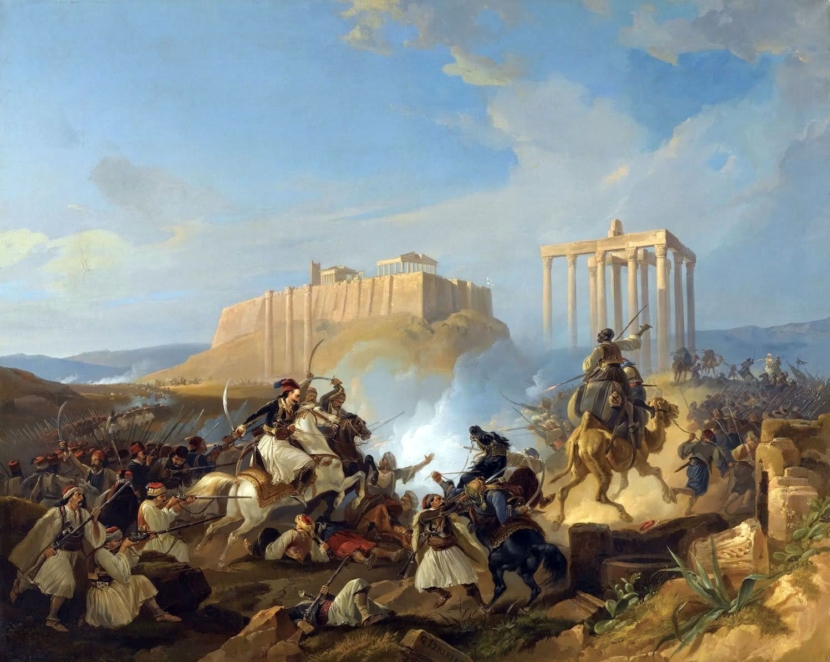 At the moment, there’s basically no developing story that I am watching more than what’s going on along the Greek border with Turkey right now.

Things are just escalating more by the day. It started with 300 migrants showing up at the border when Sultan Erdogan threw open the borders for the brown hordes (I’m told that Turks are actually busing people to the border) because Europe won’t support their conquest of the middle east, and is now at tens of thousands of people. It is just a matter of weeks, maybe days, before millions of — let’s call them what they are — invaders stand at the borders of Greece and Bulgaria. Throwing stones and flaming wood, demanding they be allowed to live in countries they have no ancestral connection to and be entitled to all the opportunity and civilization of the natives who did what their people could not.

Starving the invaders out isn’t going to be possible either because Jewish NGOs and probably Turkroaches as well, are feeding them. So the siege will be maintained; only battle with resolve it.

Residents of Lesbos have already been rioting against police at the idea of “more brown people camps” and are now actually mobilizing against the migrants themselves; the chief target being the infamous Moria camp. Most of the people injured in the Lesbos skirmishes were cops. According to a number of reports I’ve read, the cops were even shot at by rifle and shotgun-wielding Lesbians, though I haven’t seen footage of that.

When they interviewed this one man from Moria (the nearby village the camp gets its name from), he lodged this most-illuminating complaint:

A meeting was held the following day in Moria village to discuss the situation. Angry shouts and applause reached Takis Bokolis, 50, smoking a cigarette outside of the town hall. Bokolis works pressing oil from his family’s olives. What bothers him most is the refugees cutting down the trees for firewood. “I want to cry. It’s so painful. We’ve grown up with these trees. They are my kid’s food,” he said. Local authorities haven’t intervened as refugees thin out the groves around Moria camp.

Yes, Takis. This is really quite a tragic poem, and one everyone should heed the moral of the story to. These infinity amounts of brown people we were told were going to “enrich” us are simply here to do nothing but take our children’s future, and destroy everything our ancestors nurtured. They will continue to do so for as long as they remain here, and if they are not stopped, we will be destroyed.

You can rebuild monuments, and plant new olive trees, but you can’t rebuild a people. I also like how European media, unlike in 2015, isn’t even trying to convince us that these are “Syrian Refugees” and instead is admitting that they’re all mostly young males from every third-world shithole on Earth.

The siege is ongoing and it is not going to de-escalate. The Greek government has announced that they’ve suspended asylum applications for “a month”, but this is obviously stupid. They must suspend it indefinitely and I suspect that, with the invasion and unrest only growing, they probably will have to.

The Greek government has but two choices here: Either they eventually use lethal force to repel these invaders and accept that this IS war, or they eventually become over-run by them and capitulate; should they choose the latter, it seems that a growing number of Greeks are prepared to bring down the wrath of Zeus on them. It’s very “white-pilling” to see locals not having any faith in the government, and taking things into their own hands to stand against the invasion.

If the government choose the former option, the real problem is that NATO, The UN, Israel and their brainwashed American attack dogs — in a word, “Jews” — will announce that Europe needs “freedom and democracy” bombed on us again. We’ll have to be freed from the tyranny of racism, homophobia and anti-semitism just like in ’39…

and I’m sure that, just like every other time, it will be “Germany’s fault”.

What I am also sure of at this point, is that a war is coming whether we like it or not — it seems that Greece has serious potential to be the place where shit finally “hits the fan”.

SPECIAL!
DEMOCRATIZING NEWS!
“Assassin Kills Kennedy”
Register
Log In
Be part of something bigger! Linkyou is the News Platform Edited and Curated by people like You. We are policially unaligned, so, you will definitely have your say on our sites. Linkyou allows you complete anonymity by not recording any and all IP addresses. Frankly, you don't even need an email address to sign up.
Europe, Featured, News, Politics, Politics& Government, Staff picks
#White Nationalism
White Nationalism
About the Author
Holyphonic

× You need to log in to enter the discussion.
Latest Posts
Germany: Massive Birthrate Drop In 2022
Salvini Warns of Coming Brown Tidal Wave & New Pandemic Hoax I...
We Need To Talk About The Slavs
Germany: Guy Gets Jabbed 87 Times…Or Did He?
Will Smith Is Only A Bit More Cucked Than The “Dissident̶...
The Real Reason There Is War In Ukraine
“Nationalists” Have Learned Nothing In 75 Years
Advertisement
Advertisement
Latest Reviews
Try a different filter
Advertisement
Recommended& Related Posts
White NationalismEuropeFeatured