BLM Is Not A “Marxist” Organization Save for later Reblogpost 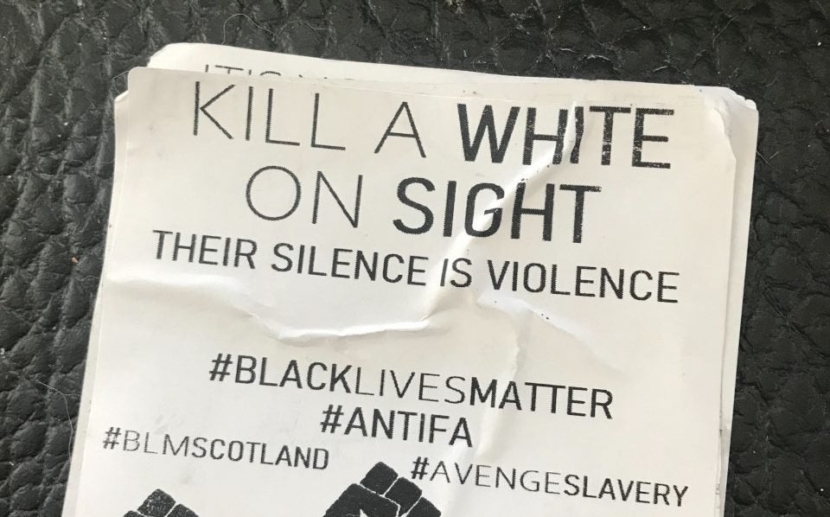 Every single day for the past seemingly forever, I’ve been seeing posts all around the internet condemning those “commies” and “marxists” in BLM.

I am sure that, by now, you’ve probably seen the photo going around of the blacks holding down and torturing a 2-year-old white child with the caption “BLM now mf” on it and the special needs teacher calling for the baby’s murder.

You’ve also heard of the mother of a 3-year-old who was shot in the head upon telling some blacks that “all lives matter”.

You are also well-acquainted with their monument destruction and rioting.

Let me ask you, in case you are in the normal “conservative” camp still: Do you believe that the above blacks even understand what “communism” is? Do you think any of these people have ever read Marx? Do you think they have ever even heard of Mao?

Do you really think that, when a black pins a white baby beneath his knee or shoots a white woman in the head for saying “all lives matter”, it is because the economy doesn’t redistribute wealth equally or education or something isn’t free? You really think that they simply see whites as “bourgeois” to whom they need to be “equal” to as a class? Do you think they see hispanics and asians as “comrades” in the BLM movement? Do you think the armed militia of the “Not fucking around Coalition” see it that way?

Or do you think that maybe it’s more likely that we do not have nations anymore, but rather many nations of extremely different groups of people stuck within the same spaces and all competing for the same limited resources? That, these groups of lesser ability have been told (and on a considerable level just innately believe) for decades that the reason they aren’t as successful is not because they as a people are inferior in intellect, but because “dey evil wypipo stole errythang an’ enslabed us n sheeeeit!”? That maybe, they are in tune with their natural in-group preference, and seek to further the success of their group over the others they live among (and not by white people’s choice)?

It is quite clear that this is the case. BLM is a black nationalist, anti-white, genocidal group; most just don’t realize they’re actually doing the work for some (((other group))). However, this is unfathomable to a conservative, because conservatives operate on the ideological framework set by globalists: The idea that everyone IS NOT a blank-slate “individual” from birth is not allowed, but — it’s the truth.

No, instead, the belief is that it is simply about “wrongthink”: “If we keep pointing out how communism doesn’t work, the democrats are the REAL racists, educate the muslim-arabs on our culture, and that black lives matter is hypocritical because they don’t care when blacks in Chicago murder each other, then they’ll realize how silly they’ve been and become patriots who don’t see race and love Israel like me!”

No, they will not. They will not be satisfied until we are all dead or at least a slave underclass to them for the crime of being born white and having better ancestors than they did. When they achieve that, they will still not be happy because their racial incompetence is something even THEY can’t stand living alongside at the end of the day.

Yes, I am aware that BLM is funded by (Jewish) terrorist Susan Rosenberg. Yes, I am aware that BLM says on their site and some leaders say they are “trained Marxists”, but they are not marxists. They only put this label out because they know that conservatives will endlessly fixate on it and pay no mind to the actual agenda as it unfolds right before their eyes.

SPECIAL!
DEMOCRATIZING NEWS!
“Lincoln Shot”
Register
Log In
Be part of something bigger! Linkyou is the News Platform Edited and Curated by people like You. We are policially unaligned, so, you will definitely have your say on our sites. Linkyou allows you complete anonymity by not recording any and all IP addresses. Frankly, you don't even need an email address to sign up.
Europe, Politics& Government, US& Canada
#White Nationalism
White Nationalism
About the Author
Holyphonic

4 comments on 'BLM Is Not A “Marxist” Organization'

× You need to log in to enter the discussion.
Latest Posts
Why Did Trump FLIP on Jeff Sessions
CEO of Apple Compares Gay Rights to Segregation and Kristallnacht
Upside Down: How Jewish Subversion Works
The Black Armies Are Mobilizing
What the English speaking world has done for us.
Dear Readers: I Am Not A Morphine Drip
The left is trying to boycot Facebook
Advertisement
Advertisement
Latest Reviews
Try a different filter
Advertisement
Recommended& Related Posts
White NationalismEuropePolitics& Government

Upside Down: How Jewish Subversion Works

The Black Armies Are Mobilizing

Dear Readers: I Am Not A Morphine Drip

The End Of International Travel 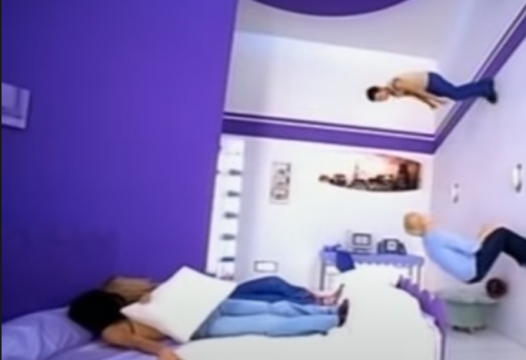 Upside Down: How Jewish Subversion Works

One of the main reasons that I didn’t wind up becoming a “normie” is pretty simple: I could never just sit and watch TV. I also hated school, but I think that not watching TV was the biggest part. The control of information is — even more so than the banks — the main source of Jewish power. This, combined with their ability to “blend in” with European populations is entirely where their strength comes from. They possess no real physical power,...
4 minute read 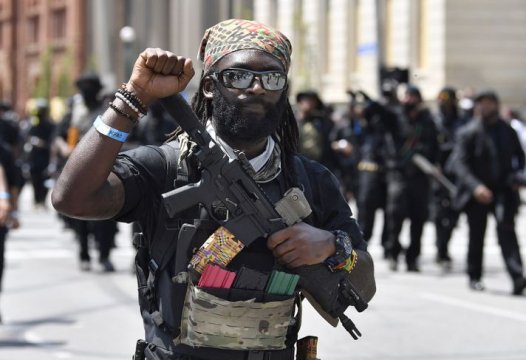 The Black Armies Are Mobilizing

In Brixton, paramilitary blacks marched through the streets and held up signs, as we’ve seen before, saying that white people are “lucky” they “just want reparations and not revenge”. Revenge for having superior ancestors, of course. The implication is they should be genociding us, but have decided to hold back. This is what “holding back” looks like, by the way. England isn’t the only (formerly) white country where this is h...
3 minute read 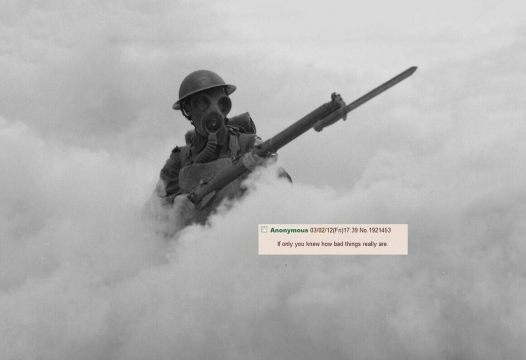 Dear Readers: I Am Not A Morphine Drip

Recently, I had a commentator (one who most commonly comments on the actual LinkYou page rather than the Gab pages where most of the comments usually are) personally message me in German saying that I sometimes make him mad and that I apparently only beat people down because I criticize the white racialist movements and…I guess I’m just not “positive” enough? Well liebe Leute, I am afraid that I am not posting here or anywhere else in order to be a ...
10 minute read 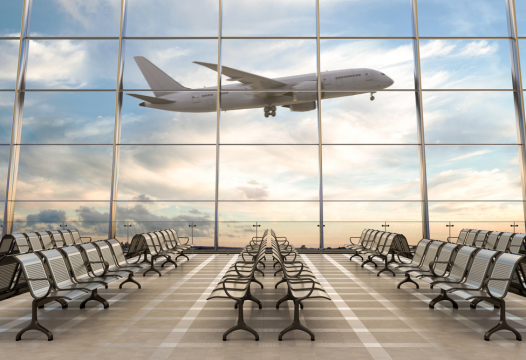 The End Of International Travel

You may have noticed this but, it’s getting kinda difficult to go anywhere. Not just within your country, but to neighboring ones too. We have all these restrictions due to the COVID hoax, if not outright travel bans, and they are really taking their toll on the travel industry. The British Airlines have permanently retired entire fleets, laid off a lot of employees, and have been offering flights to continental Europe for as low as a pound. The co-founder of AirBnB ...
1 minute read 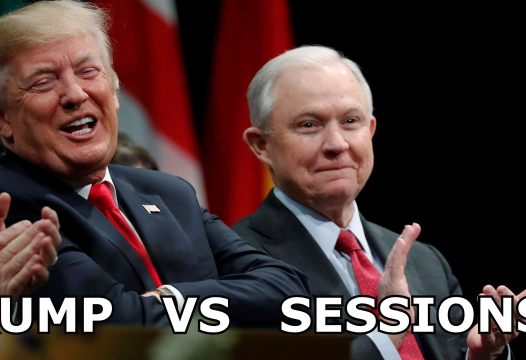 Why Did Trump FLIP on Jeff Sessions 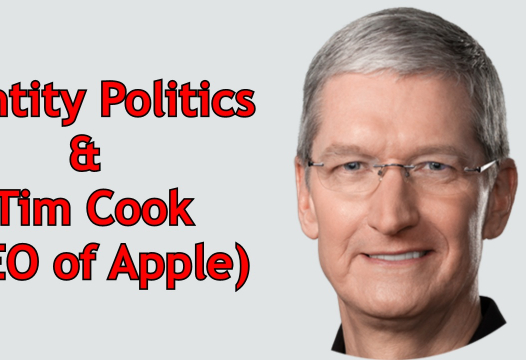 CEO of Apple Compares Gay Rights to Segregation and Kristallnacht

Tim Cook, CEO of Apple, compared the plight of LGBT Americans with Kristallnacht and Segregation. He’s gotten away with this through a shield called Identity Politics. Saying he’s a christian, raised Baptist, great reverence, trial of sin, God made him gay, and so on. Tim Cook’s most infamous statement was when he said “God’s Greatest Gift To Me” was being gay. Cook claims God made him homosexual in a hope to fuse antithetical camps of identit...
1 minute read 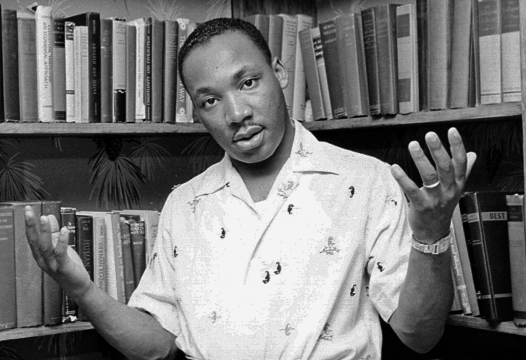 Why MLK was a FALSE CHRISTIAN

He denies the trinity. Denies the divinity of Christ. Claims that we are the one who “chose” Jesus to be the Christ. Claims the resurrection and immortality are akin to “magic” and that Christianity only exists due to pagan influences. I only 5 documents, he exposes himself as blatantly anti-christian. As someone who used the christian community as a vehicle for his politics. Martin Luther King Jr was a great civil rights leader, the greatest of all...
1 minute read 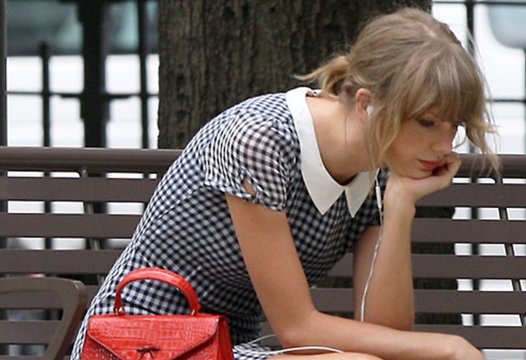 Did you know Taylor Swift Hates George Soros? So there’s a common problem with music artists nowadays, that they don’t actually have the rights to their music. Prince, Rihanna, Jay Z – They all experienced the same problem. You give the music companies the right to your work – And in exchange, you get a percentage of the music sales. Later on when the artist has enough money, They buy back the rights so they own all their music. Long Story Short ...
1 minute read