A Melding Of The Minds Save for later Reblogpost 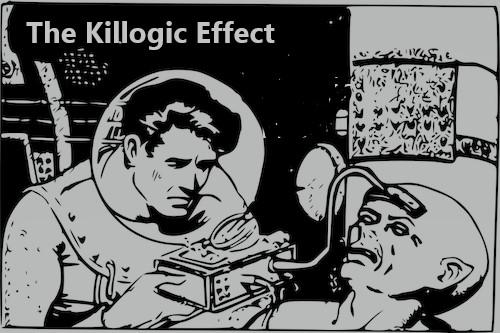 In todays over sensationalized world and a government almost seemingly judged on how good its doing by how the ratings my be on a given subject its hard not to get wrapped up in it all in even the smallest of ways. There is one thing that is certain and its that the big media giants and platforms and the people that run them have  shown their more true selves and reared their ugly heads and have clearly appointed themselves as our overlords.  In all the haste and frantic reaction they seemed to have forgot people have been paying attention. The tinfoil hats and gloves are coming off and in all this chaos is a strange sense of relief that like minds have created and are creating an even more “overlord” proof platform and way to do what we were supposed to from the beginning. As it often does that funny paper we print got in the way and here we are.

As time goes on there will be two factions of people. The first faction is those who will basically give themselves over and let the overlords control the narrative. this faction will be composed of many people for many different reasons and allot even knowingly but may also not be plugged in enough to even care about the narrative. The second faction is the one busy decentralizing everything and assuring the freedom of information can and will flow freely to those who desire it. This second faction is comprised of the people making sure our destiny is our own as much as it can be. If you want to stay under your mental dictatorship you can but at least you will have a choice.

While the grip tightens it also gets troubling for the independent scene weather it be the arts or music or works of fiction and the new wonderful authors coming onto the scene, you cant help but worry that the very platforms that have helped independent artists become something and make a living doing what they love could be the very ones to stifle them. We have already seen different authors and commentators and even actors get no platformed, have accounts suspended or just shutdown completely all do to social climate and differences. Its hard to remember at times that this is the land of the free we a talking about here, and while trying to remember that its easy to wonder where the line is. Will different music or art or books be treated in this way?  If so we can see the dangerous slope which we are already sliding on get even more steep.

The light at the end of the tunnel is the minds devoting their time and resources  to insuring that there is a way to jump off that slide and share your voice and talents with the world. The flip side to this and perhaps a brighter way to look at it is we have gained new platforms and new opportunities through platforms such as Minds which gives one allot of different ways to share their skills, talents or just be social without restriction and babysitting.  It seems many people have lost site of the bigger picture while at the same time many have made sure there are pictures to see.

It was Winston Churchill who was asked during the world war two why he wasnt cutting funding to the museums and arts, to which he responded  “Then what are we fighting for…..”

SPECIAL!
DEMOCRATIZING NEWS!
“Prohibition Ends at Last”
Register
Log In
Be part of something bigger! Linkyou is the News Platform Edited and Curated by people like You. We are policially unaligned, so, you will definitely have your say on our sites. Linkyou allows you complete anonymity by not recording any and all IP addresses. Frankly, you don't even need an email address to sign up.
Books, Entertainment, Featured, History, Lifestyle, Movies, Music, News, Other, Politics& Government, Society& Culture, Staff picks
#decentralized#minds#open source#society
decentralized, minds, open source, society
About the Author
killogic

2 comments on 'A Melding Of The Minds'

× You need to log in to enter the discussion.
Latest Posts
Germany: Massive Birthrate Drop In 2022
Salvini Warns of Coming Brown Tidal Wave & New Pandemic Hoax I...
We Need To Talk About The Slavs
Germany: Guy Gets Jabbed 87 Times…Or Did He?
Will Smith Is Only A Bit More Cucked Than The “Dissident̶...
The Real Reason There Is War In Ukraine
“Nationalists” Have Learned Nothing In 75 Years
Advertisement
Advertisement
Latest Reviews
Try a different filter
Advertisement
Recommended& Related Posts
societyEntertainmentLifestyle